Click on the pictures to learn more about our team!

Dr. Miller furthered his education in 2018 by completing an extensive course in moderate sedation at the Oregon Academy of General Dentistry to aid in his love for oral surgery and removable appliances.  He has been practicing dentistry in North Carolina the last 20 years, and is an active member of the American Dental Association, Academy of General Dentistry, Southeastern Academy of Prosthodontics,  the Craven-Jones-Pamlico dental society and the Twin Rivers Seattle Study club. When he is not working, Dr. Miller enjoys traveling with his wife, Paige, and his four children, snow skiing, and watching his beloved Georgia Bulldogs play football. 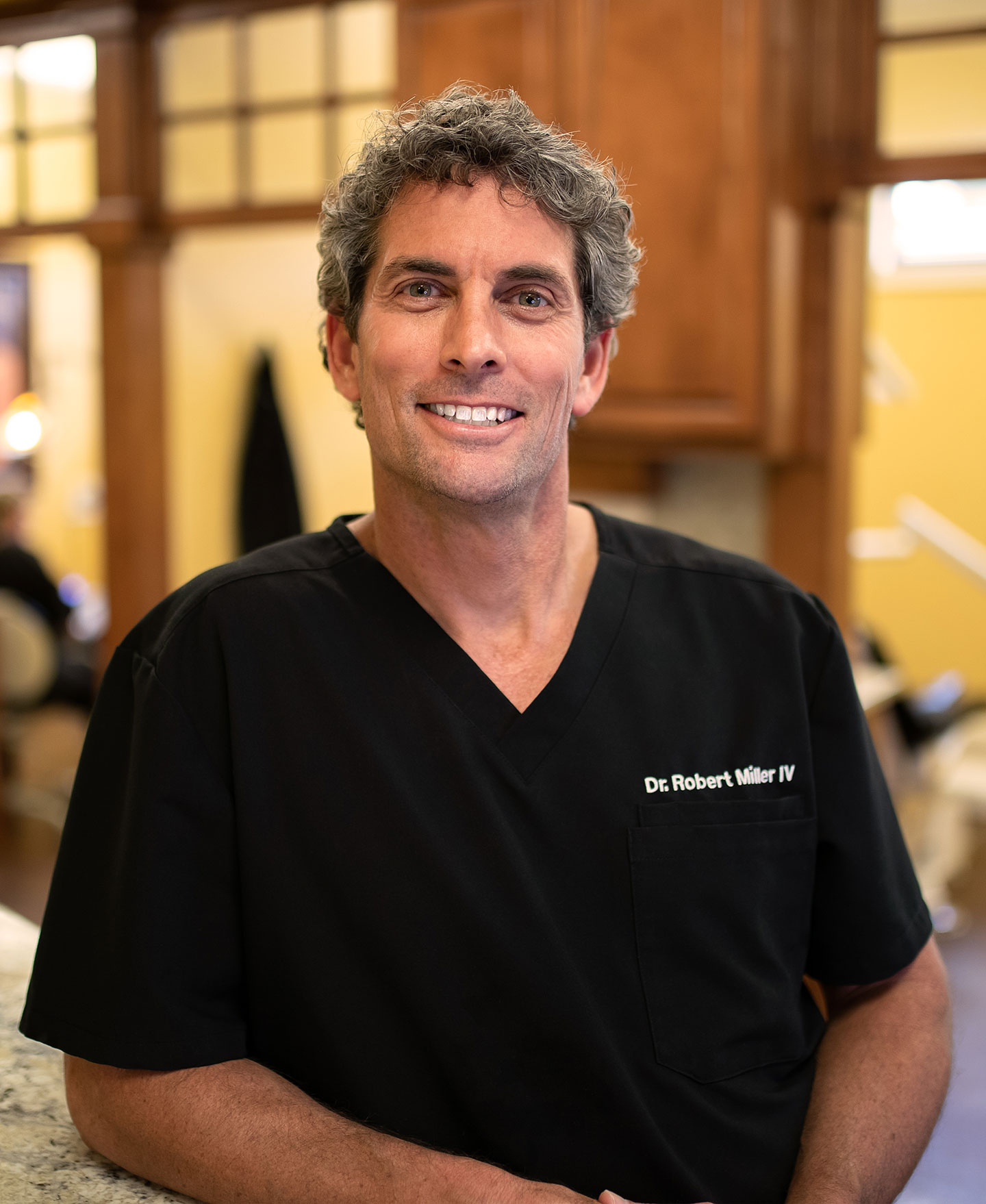 Krysti Midgette has been in the dental field for the last 20 years. She joined the Miller team in 2006 and could not imagine being a part of any other dental practice.

She is the Practice Administrator for all five practices and enjoys that no two days are ever the same. She is currently pursuing an additional degree in Healthcare Administration at the University of Mount Olive. In her free time, she enjoys fitness and traveling with her husband and daughter. 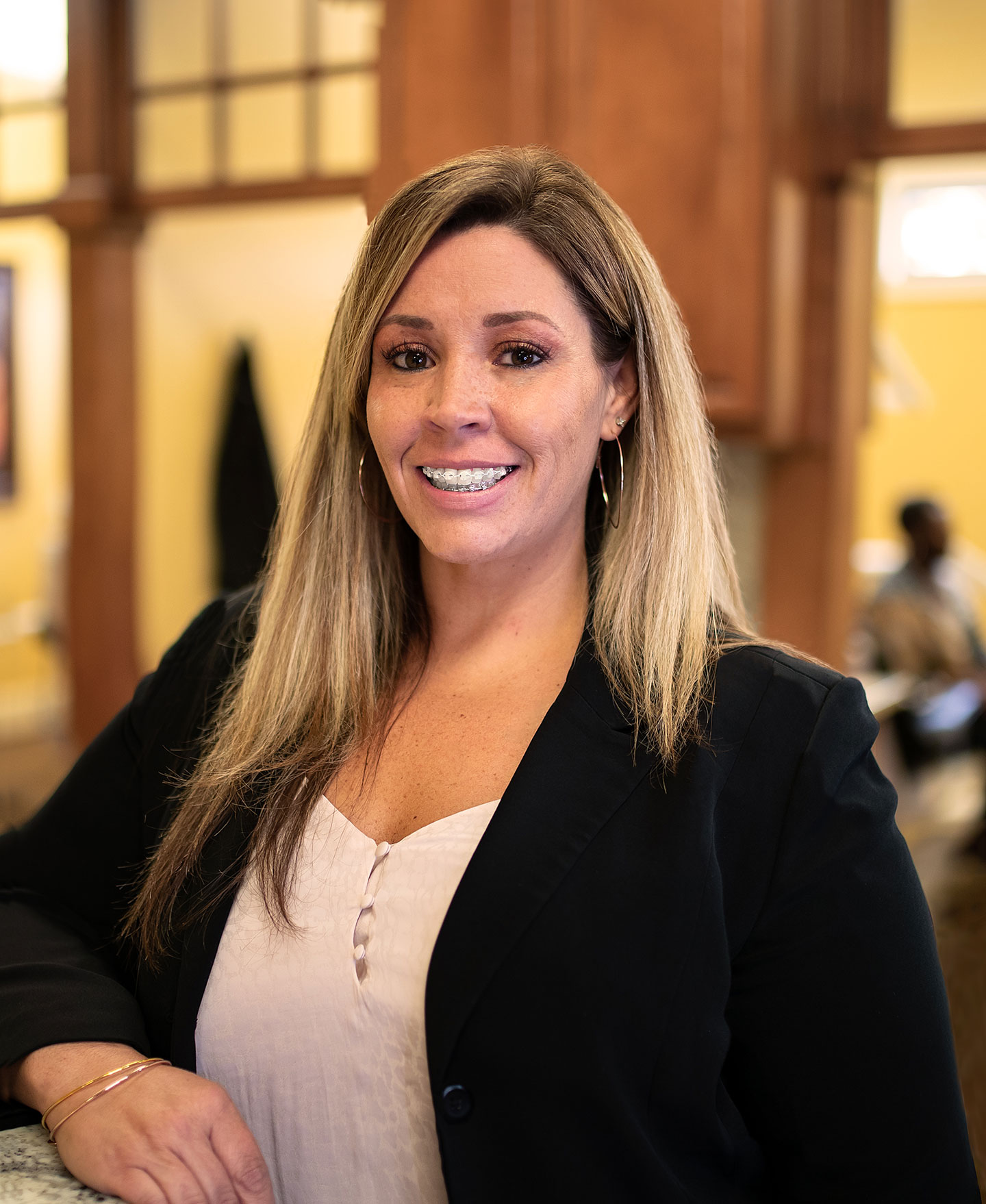 Dr Wang has been a resident of North Carolina for almost 10 years. He attended the University of North Carolina at Chapel Hill (go Heels!) for his Bachelor of Science in chemistry before completing his dental training at the University of Maryland School of Dentistry. Dr Wang then returned to North Carolina at Greenville for his advanced education in general dentistry residency program with community health. In his spare time, Dr Wang is an adamant foodie and tries to exercise regularly to support his eating habits.

At Miller and Associates in Jacksonville, Dr Wang sees patients for general dentistry (including fillings, extractions, root canals, crowns, bridges and more) as well as dentures in a day. Dr Wang enjoys seeing a wide diversity of patients and is able to speak Spanish and Mandarin. Dr Wang encourages all his patients to ask questions about their dental health and oral hygiene, knowledge is power! 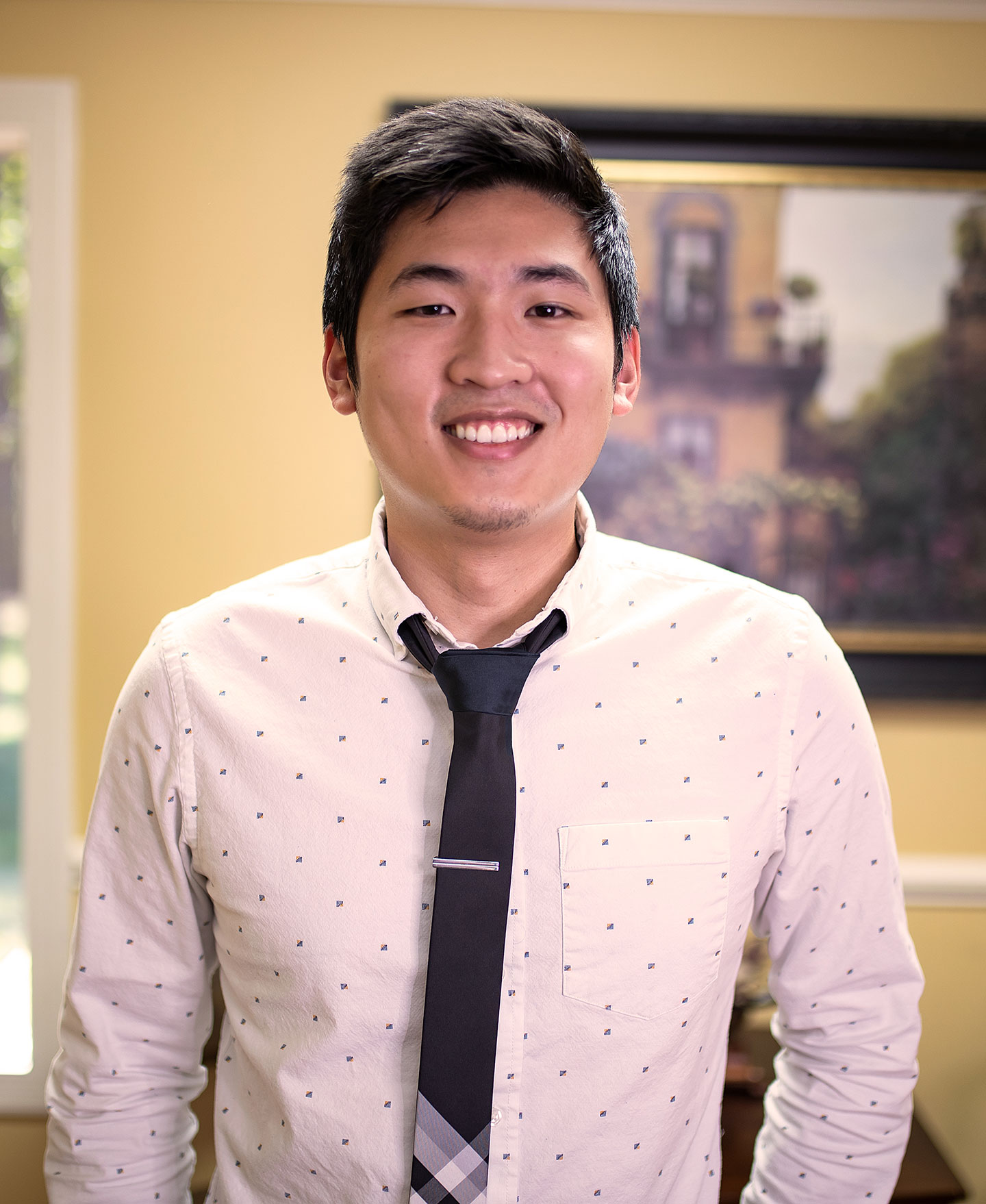 Dr. Nayankumar Vyas is originally from the western part of India. He graduated with his Bachelors in Dental Surgery from Rajiv Gandhi University of Health sciences, India. He moved to the USA to be closer to his family residing in North Carolina. He attended the International Dentist Program at Indiana University School of Dentistry to receive his ‘Doctor of Dental Surgery’ degree. He was a part of the Deans’ list and was also awarded the ‘Student Excellence Award’ by the Indianapolis General Dentistry study club. After graduating he worked as a clinical and laboratory instructor at IUSD and also practiced as an Associate Dentist at a private practice before moving back to North Carolina. He is an active member of the American Dental association and North Carolina Dental Society.

He resides in Asheville with his wife Dr. Priya and their son. He loves hiking and exploring Asheville in his spare time.

Dr. V as he is known to the staff and his patients is very passionate about dentistry and strives to make his patients comfortable while in his care. His favorite part of dentistry is providing edentulous patients with a beautiful smile and confidence with the help of partial and complete dentures. 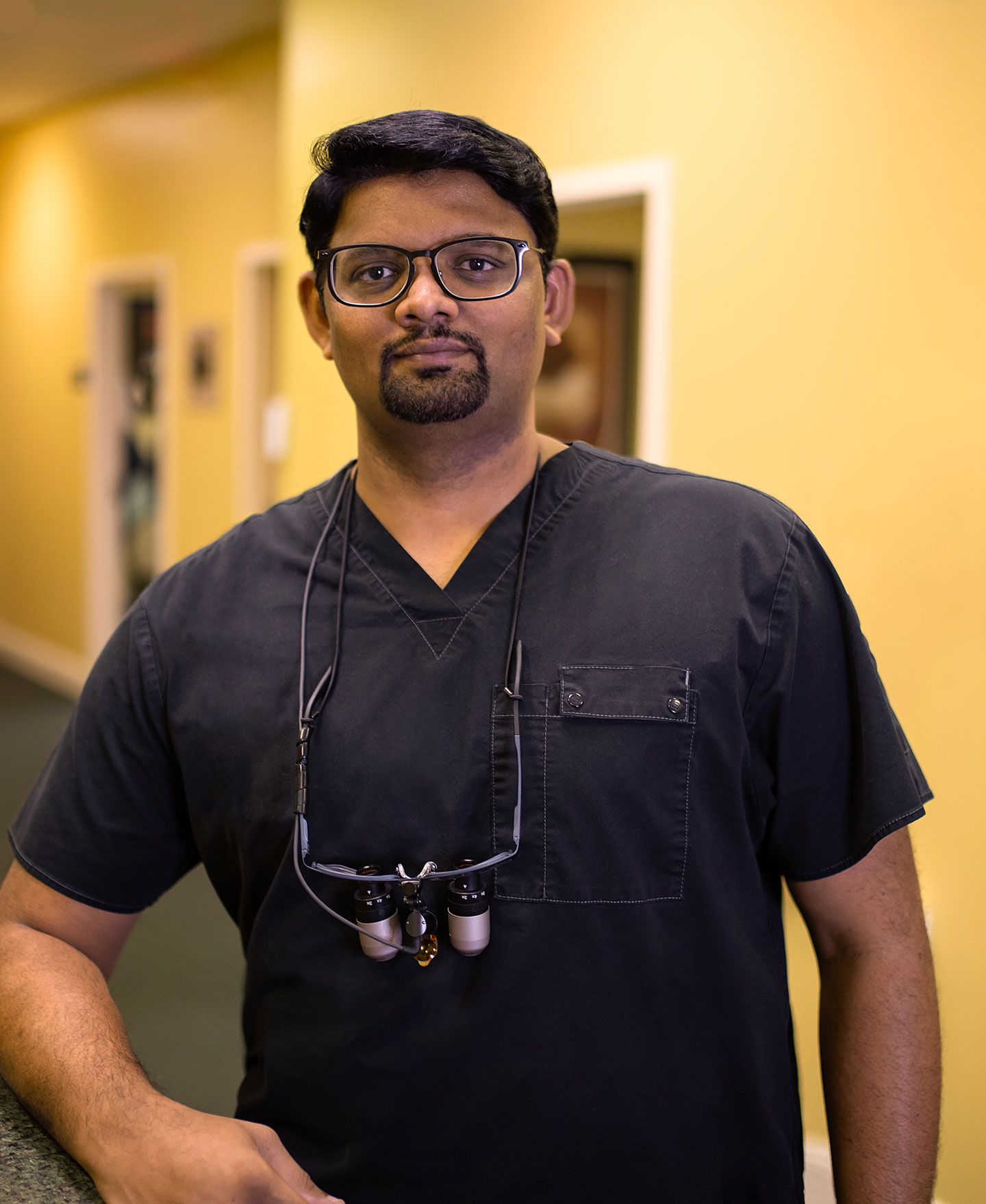 Dr. Anupriya Fernandes hails from the southern part of India. She received her Bachelors in Dental Surgery from Rajiv Gandhi University of Health sciences, India. There after she practiced as a General dentist for both a private practice and in a hospital setting before moving to the USA. She attended the International Dentist Program at Indiana University School of Dentistry and graduated with highest distinction to receive her degree of Doctor of Dental Surgery. She was a part of the Deans’ list and was also awarded the ‘Deans International Dentist Program Citation’ award. She was inducted into the Omicron Kappa Upsilon honor society by Theta Theta Chapter because of her excellence in academics. She is an active member of the American Dental association, North Carolina Dental Society and OKU Theta Theta Chapter.

She currently resides in Asheville with her husband and toddler son. She enjoys cooking for the family and hiking along the mountains of Asheville in her spare time.

Dr. Priya believes in a sincere concern for the health of her patients. Treating patients with a caring heart and gentle hands is her motto. 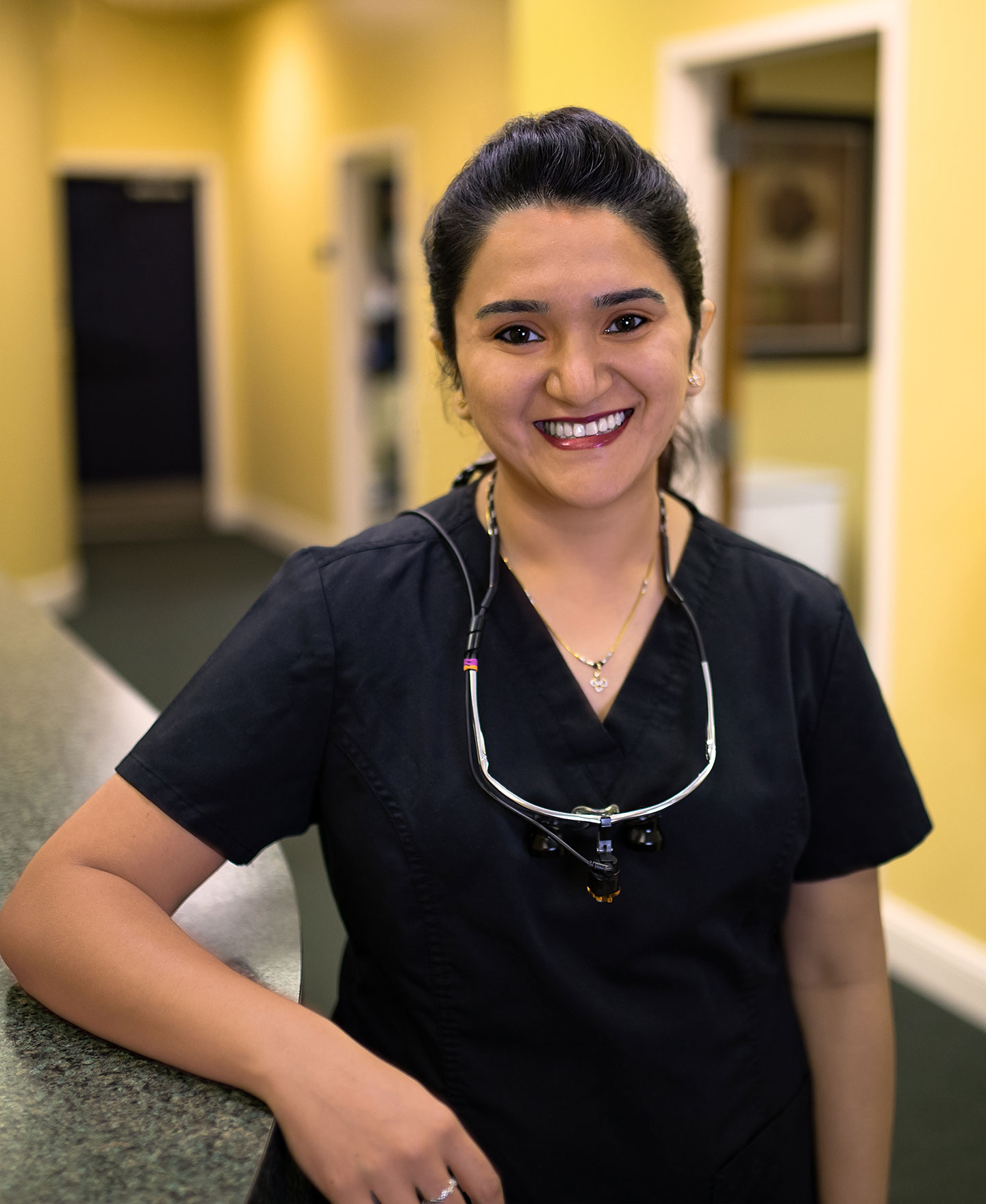 Dr. John "Yates" Williams was born and raised in Wilmington, NC. After receiving his B.S. with honors in Business Administration from UNCW, he worked in finance for several years before pursuing a career in dentistry. Dr. Williams is very passionate about delivering high quality, conservative dental care. He understands that many patients have anxiety associated with dental care, and Dr. Williams strives to make each patients' experience a positive one.

When he's not practicing dentistry, Dr. Williams is usually chasing around his two young children, and spending time with his wife, Joanna. 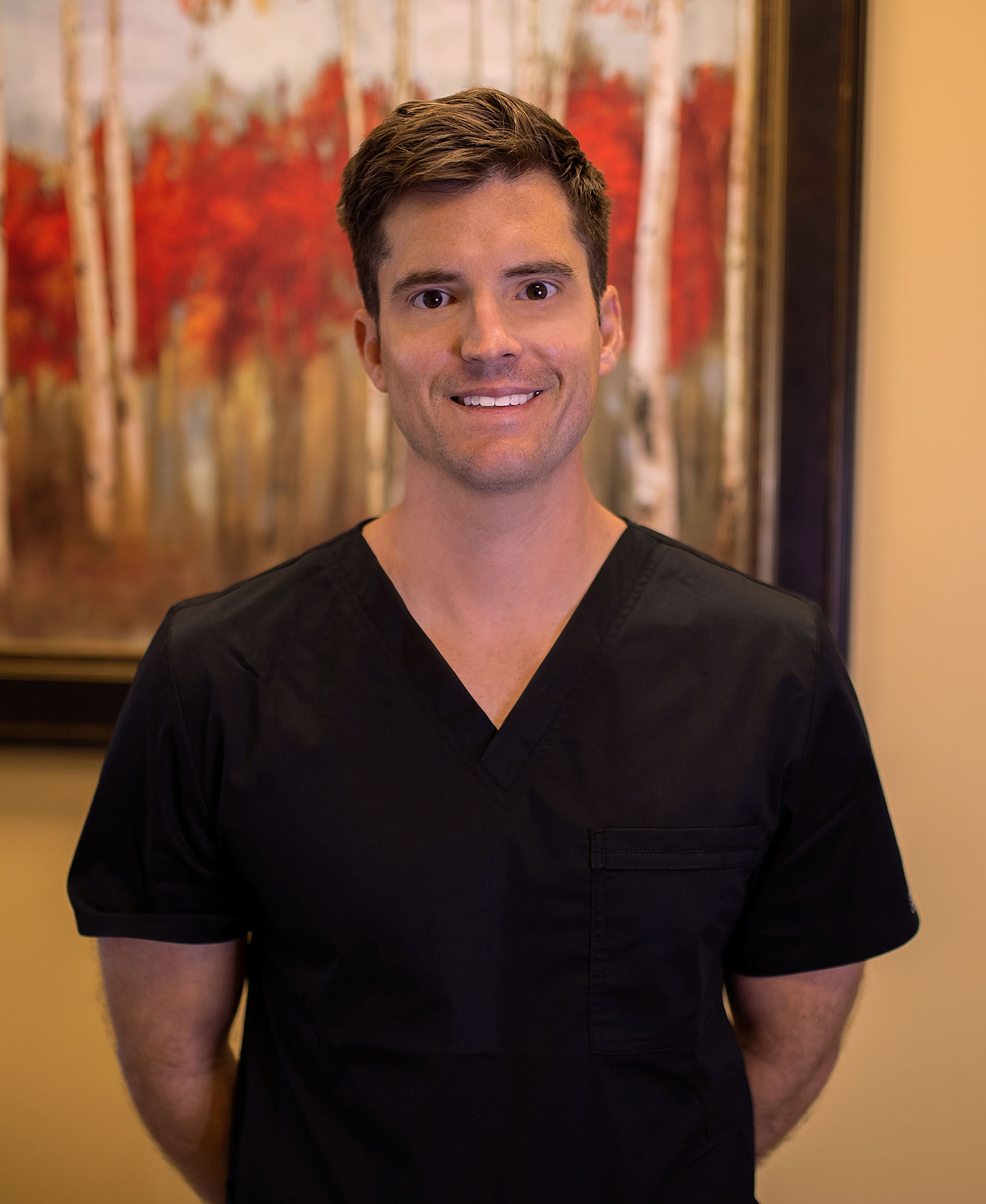 Dr. Jovanna Lacayo was born and raised in Miami, FL. She completed her undergraduate studies at Florida International University graduating with a Bachelor's in Biological Sciences and received her Doctorate of Dental Medicine from Rutgers School of Dental Medicine in Newark, NJ. Dr. Lacayo completed a General Practice Residency at St. Luke's Hospital in Bethlehem, PA following graduation from dental school. Dr. Lacayo is new to North Carolina and is loving living here!

Dr. Lacayo is here to help you bring your smile back! 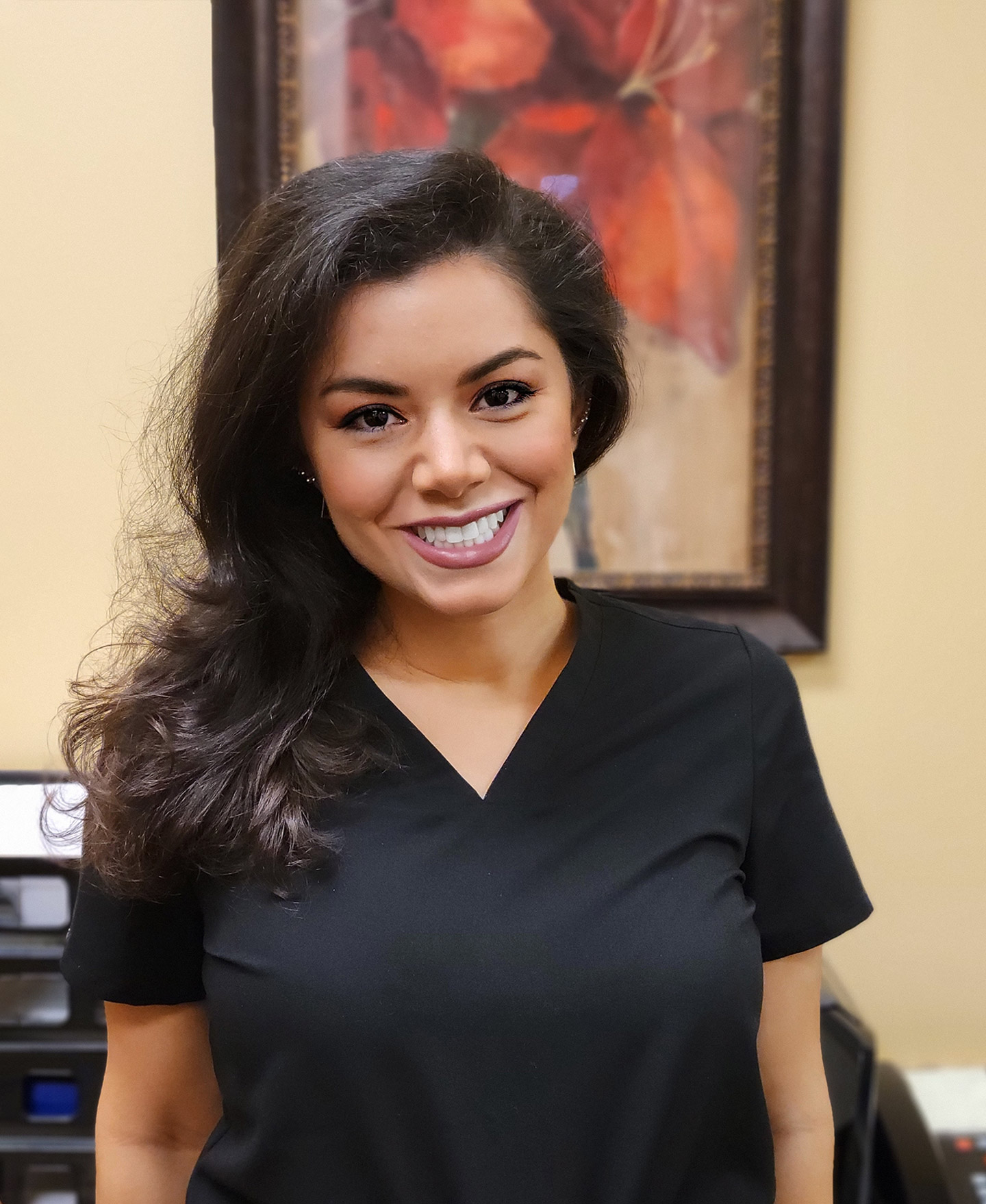 Dr. Adam Morrell has recently relocated to North Carolina from New Mexico after practicing in the Rocky Mountains for the past few years. Dr. Morrell attended the University at Buffalo for his undergraduate studies in Exercise Science and for his Doctorate in Dental Surgery. In his free time Adam and his fiancé like to travel, hike, and beachcomb for shark teeth. He’s excited to explore the beautiful eastern North Carolina coastal areas and eat some fresh seafood.

His focus in dentistry is to save as many natural teeth as possible using the best practices and technology to achieve his patient’s goals for their own smiles. Fillings, Crowns and Bridges, Root Canals, and Implants/bone grafts are some of his passions in his work. 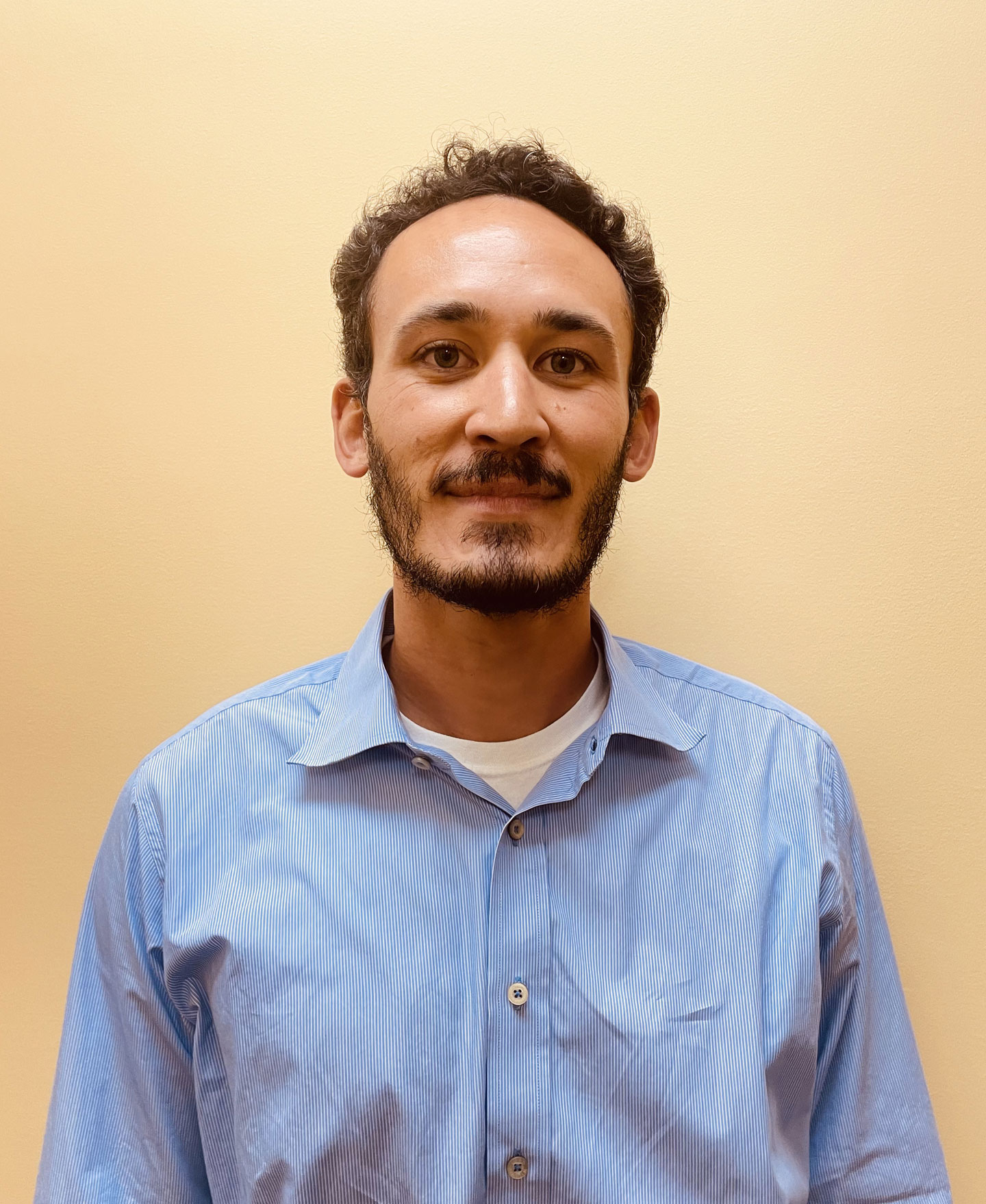 Dr. Andrew Lejman is originally from Long Island, NY. After high school he moved to Charleston SC to pursue his undergraduate studies where he earned his bachelors of science in Biochemistry. After graduation Dr. Lejman returned to New York where he earned his DDS degree at the NYU College of Dentistry. Dr. Lejman is passionate about creating a comfortable and stress-free dental experience for all of his patients.
When Dr. Lejman isn't practicing dentistry he loves  going to the beach, enjoying the outdoors, and spending time with his wife Brittany and puppy Toga.

Dr. Lejman looks forward to building relationships with the community and providing high quality care for many years to come. 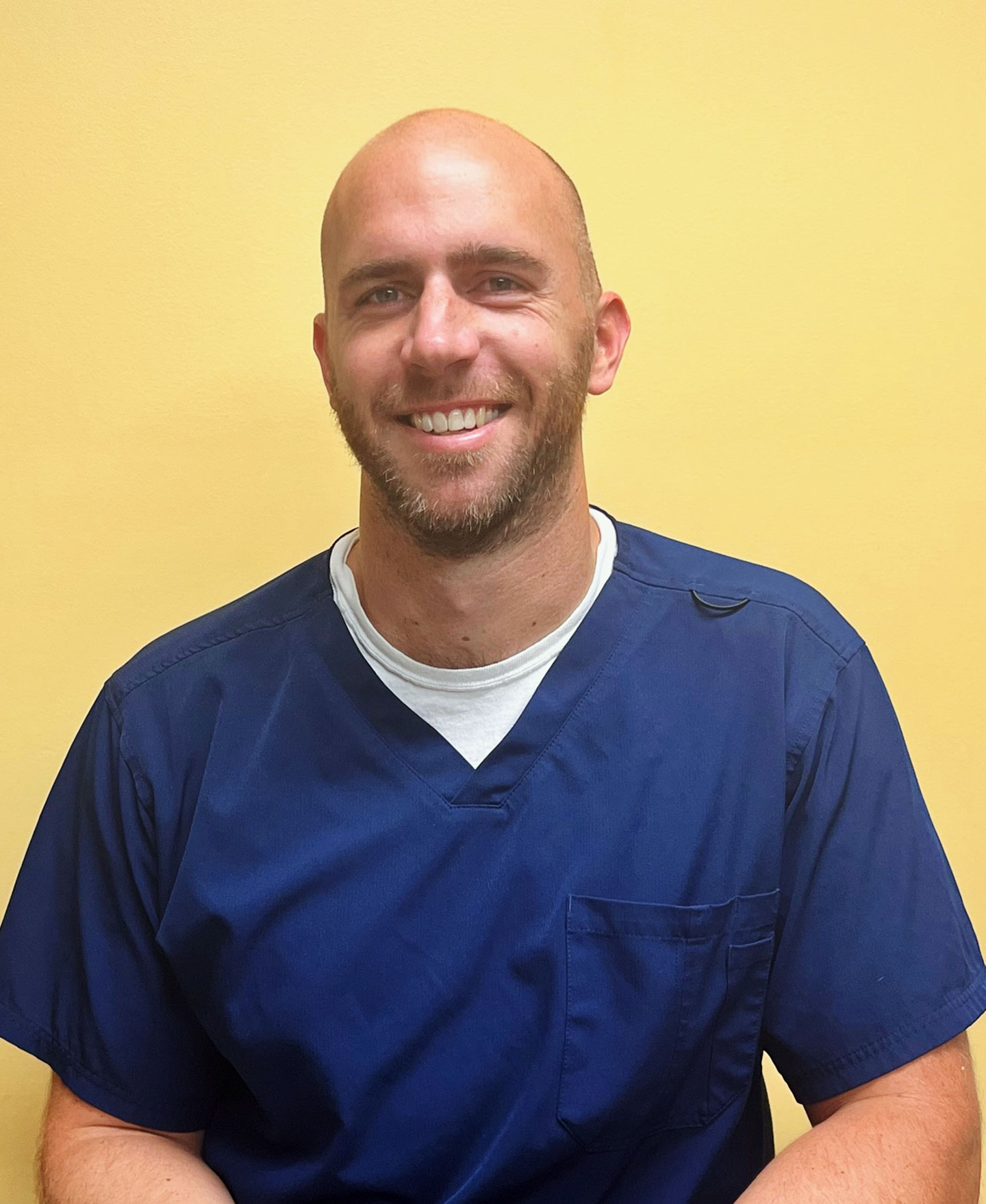